The Punctuality League has awarded Copa Airlines, the popular Latin American airlines with the highest on-time percentage OTP, marking nearly 90% of its flights arriving at their destination on time. There were no Canadian airlines in the top 20, and only 2 American airlines (Hawaiian and Delta) cracking the list.

What are the criteria?:

To qualify for inclusion in the Punctuality League, the OAG schedules database must have flight status data for at least 80% of all scheduled flights operated by an airline or for an airport.

How is it scored?:

The scoring is based on 58 million flight records using full-year data from Flight Status modules that create a ranking of the best on-time performance (OTP) for the world’s largest airlines and airports.

Why should you care?:

It’s true that the weather has a big hand in airline timeliness, but so does the mechanical health of their fleet, and efficient check-in and loading processes. An airline with a healthy on-time record is often a result of a collection of factors, some luck, but many by design. 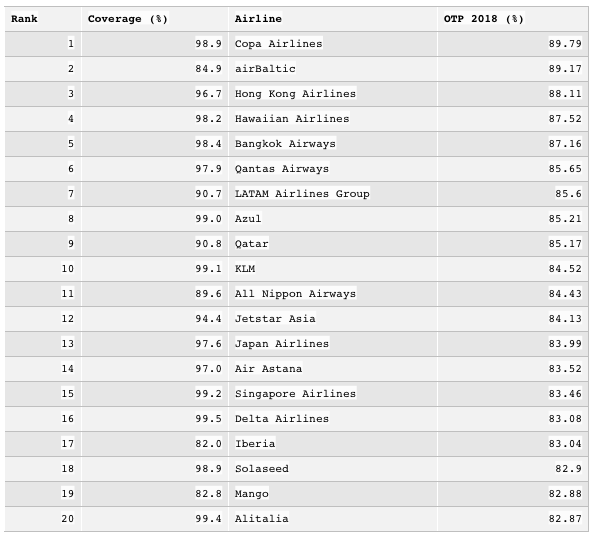